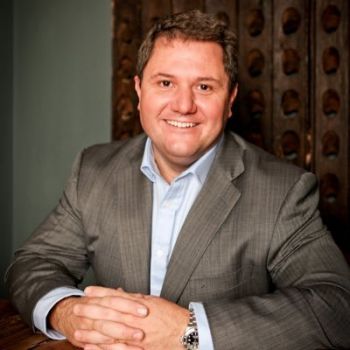 Paul Schaafsma has enjoyed a career in the wine industry spanning over 20 years. His passion, enthusiasm and ability to innovate have ensured the success and relevance of the wine companies he has been associated with.

Prior to establishing Benchmark Drinks, Paul was CEO of Accolade Wines, the fifth largest wine company in the world.

Prior his appointment as CEO, Paul was General Manager of Accolade UK and Ireland, the largest wine company in that region.

During this time, he become one of the leading spokesmen for the Australian wine industry in the UK. This culminated in being awarded “Man of the Year” by Drinks Business magazine in 2015.

Before joining Accolade Wines, Paul was the entrepreneurial driving force behind McGuigan Wines in the UK. Relocating from Australia in 2005, Paul launched McGuigan from the basement of his home in Clapham. Taking it to a market leader in the UK and Ireland by 2012.

Born in Australia, Paul has extensive experience of the Australian domestic market as well as the UK, Europe, Asia and the Sub Continent.

Register Now As An Exhibitor and Grow In 2023.

Book your Table Before 30 November, 2022, and Get Super Early Bird Pricing. Don't miss the limited-time opportunity